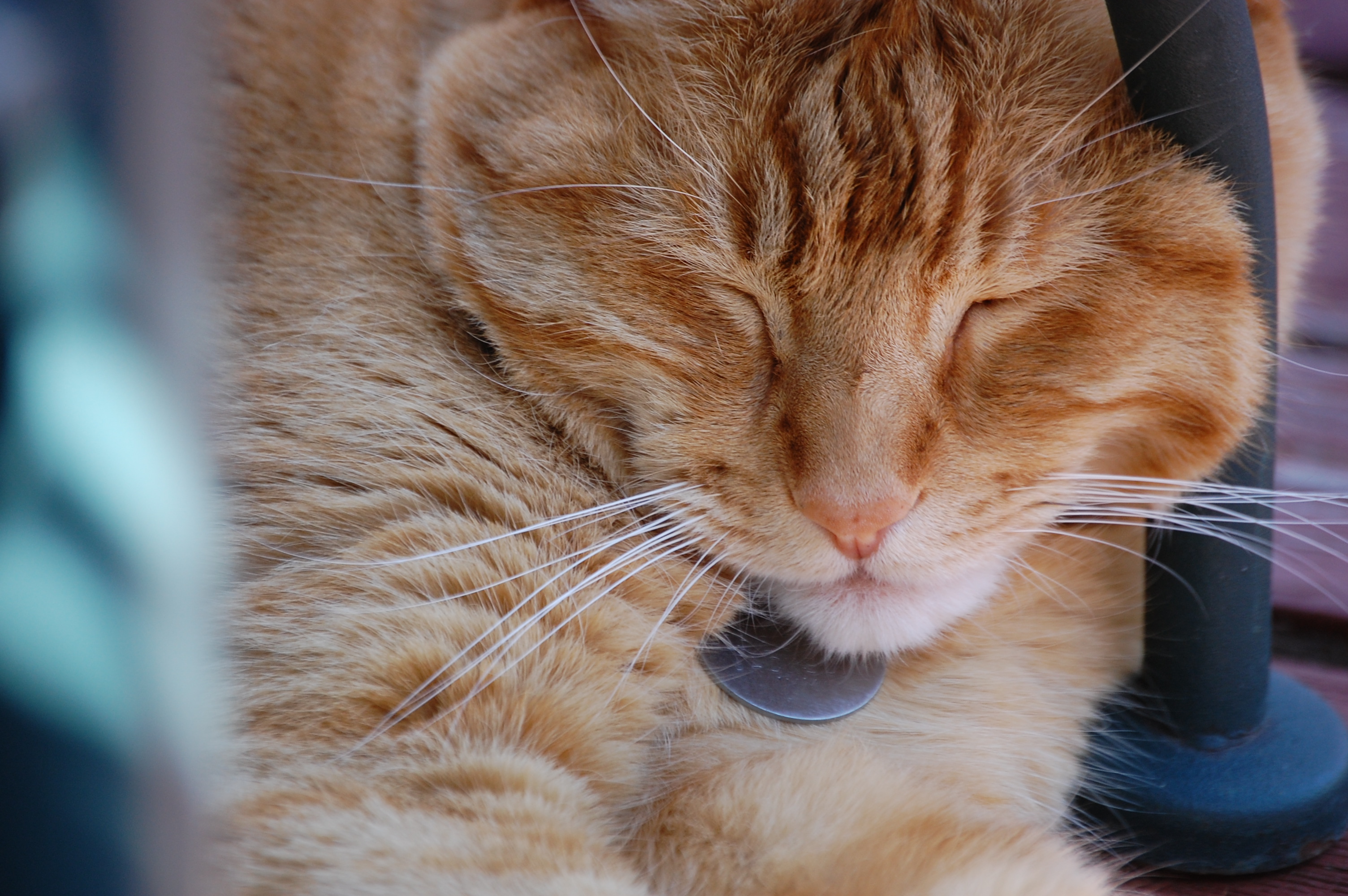 If only I had a video camera rolling… I could have won some bucks on one of those home video shows.

Last night Damon brought home pet food from Pet Place Plus. In the bag were five cans of cat food and about a pound of bulk dog cookies. He put it on the kitchen table and went to the back of the house. (Of course Tigger is not allowed on the table.) I was in the living room and suddenly heard a big crash-bang, then Tigger took off running down the hall screaming like he was in a fight, the the pet food bag handle around him, and food flying everywhere! OMG poor Tigger… I was laughing so hard! I went to check on him, still laughing, he was OK but he was hiding under the desk hissing. I got the bag off him but he would not come out until I put canned food in his dish. When Damon asked what was going on, I told him what happened and we both laughed… Tigger went and hid again .