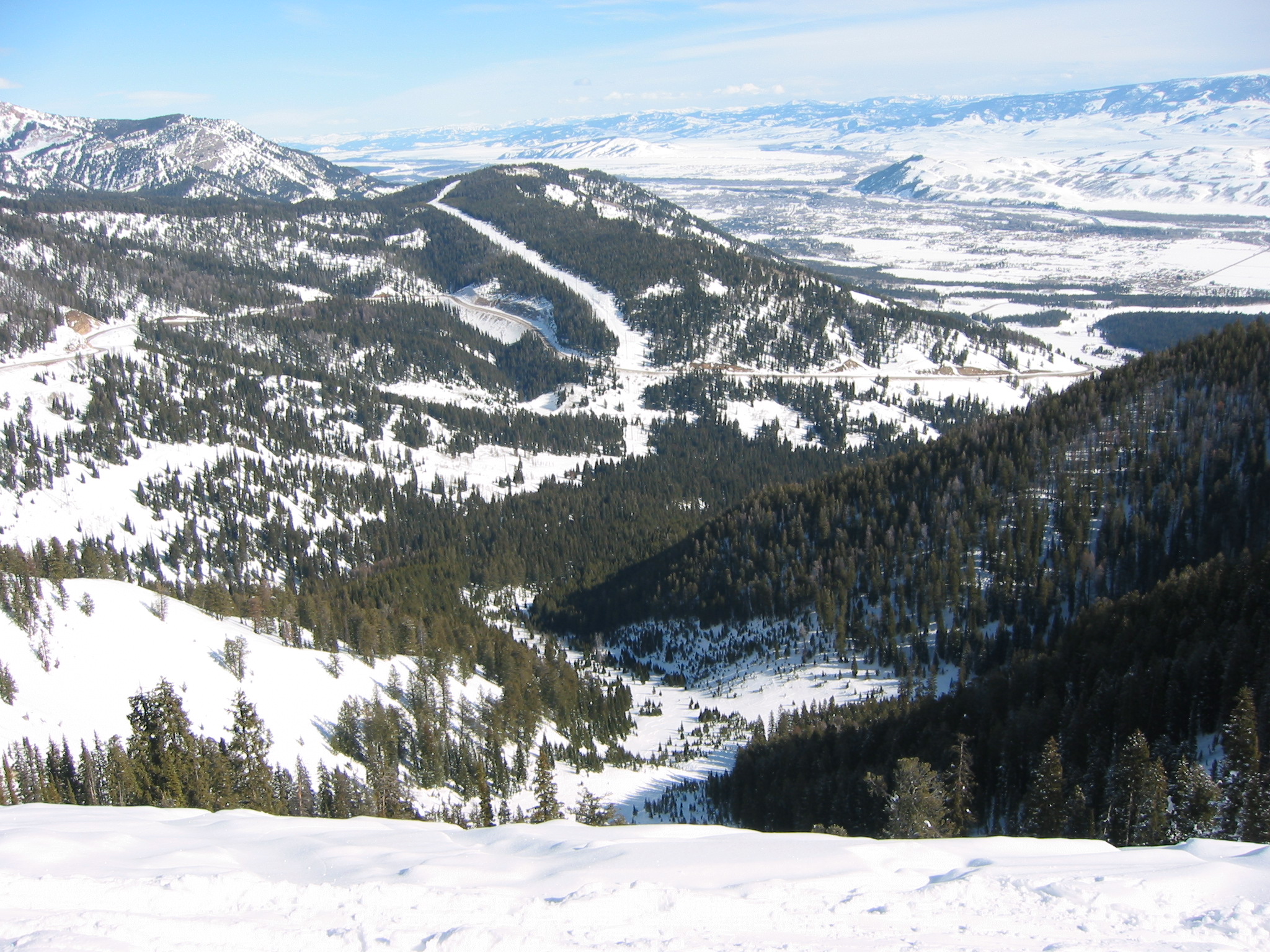 Posted in : Live to Ski on February 14, 2009 by : TetonTrekker Tags: Avalanche Training, Back Country, Skiing

Last week was crazy! Along with working every day, I had a performance Tuesday with the Jackson Hole Community Band for the Wyoming  Special Olympics, then an Avalanche classes after work Thursday & Friday, and classes all day Saturday & Sunday with field work, AND I went to the Banff Mountain Film Festival Saturday night. 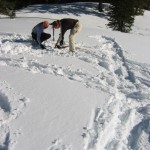 My turn to be the victim

The field work for Saturday and Sunday’s courses needed either Back County Skis, snowboard & snow shoes, or just snow shoes. I have snow shoes and am comfortable on them but I thought I’d have more fun on skis so I rented a back country ski package. Backcountry ski gear is different than downhill and come in a couple different skiing types, I rented an AT set up. The skis are the same as what I’m skiing on this year (fat skis) and  the boots are just a little different than downhill boots. The bindings are different, they lock down and ski just like alpine skis but the heals release for hiking and climbing, mechanically they are quite simple. You attach a ‘skin’ to the bottom of the ski, a removable traction enhancer that allow the skier to walk uphill on snow, referred to as ‘skinning.’ (I found a nice report on backcountry skiing at: http://everything2.com/e2node/climbing%2520skins ) I’m not the best skier out there, but can ski almost anything, but I need to work on my technique. 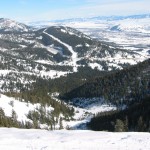 View from the top

Saturday we skinned Philips Canyon off of Teton Pass, we dug snow pits, we skinned, we searched for beacons, we skinned some more, at the end of the day we skinned up a ridge, took off the skins and skied down. That was the second worst ski run of my life, I fell every turn, the snow was so crusty I could not make my turns! (My first worst run was my very first day on skis when I was a senior in high school and fell in the lift line.)  The snow was so crusty I could not make little adjustments to my skis to balance, trees were everywhere so I did not have a long stretch to figure it out, and trying to lift my ski out of the crust was messing with my balance. Whenever I tried to lean back a little to get my tips out of the snow crust I fell on my ass, so I tried to pick up some speed to let my weight power through the turn and did a face plant. I did find one spot with better snow where I made 3 good turns, the instructor that had to say stay with me said “there you go” and BAM! back to the crust and more falling. I resorted to snow plowing just to get to the bottom. Once we got near the bottom, out of open area and between all the trees I did much better but by that time I was so tired I was moving pretty slow. I only had one moment where “what was I thinking” ran through my brain and that was on the way UP the ridge, I was pretty winded. Sunday we did it again! This time we skinned from the top of Teton Pass to the top of a bowl called Avalanche Bowl stopping to dig a couple of snow pits along the way. There were a few inches of fresh snow, I had a much better ski down. My calves were sore for 2 days! 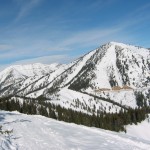 I learned a lot in the class including I have a lot to learn, I’m wearing my transceiver wherever I ski, I’m perfectly happy skiing a 25 degree slope, I need to add some more cardio exercises to my daily exercise routine, every one who plays in the snow should take the class, and “Pucker Factor” is a technical term used by avalanche experts.

I’ve driven over Teton Pass many times over the last 29 years, whenever I saw people hiking up the snow covered mountain to ski down I’d think “look at those crazy people” who knew I’d be one of those crazy people and have fun doing it.

Overall I would still say I had a fun weekend. 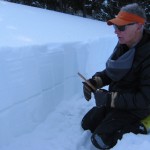