The Krejci Casserole Controversy of 1961

I think every family has an epic food fail that legends are made of! I have more than one... this is one of our family stories, and the recipe!

Throw Back Thursday Recipe of the week

First I had to figure out how to spell it, that was tough because Grandma spoke Czech, German, and a Slavic language that is no longer used.

This is what I found on Google…

"Flecky" a bit harder, this is what I most commonly found with Google...

Schinken Fléckerl  -  sheenk-uun fleck-ah-rool [roll the r]Fleckerl being Viennese German for 'Small Spot'
"Ham Small Spot"
On a side note... Fleckerl is also a dance step most commonly found in the Viennese Waltz

No matter how you pronounce it,  Šunkafleky is a traditional  ham and noodle dish. It's typically made with eggs, cheese, and sour cream. It forms a casserole that's a little eggy, a little creamy, and a little cheesy. In these dishes the spots refer to square-shaped pasta. YUP, Šunkafleky is Ham and Noodle Casserole! Not be confused with Spotted dick, which is a traditional British baked pudding,  made with suet and dried fruit, traditionally served with custard. Available art a grocery store near you.

Not on Facebook? That's OK!
Join my Traveling Trivet VIPs at the Table:
https://table.pamperedchef.com/party/traveling-trivet-vips-2451

Visit my Pampered Chef Store
for the products featured in my recipe.
pamperedchef.biz/travelingtrivet 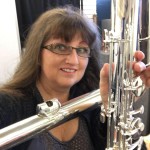 I am a Senior Consultant for Pampered Chef. I love the products and use them myself every day. I am working to become a director and make Pampered Chef my full time job. Along the way I'm making new friends, and cooking new recipes. Life is good!

Considering our population this is nuts! And our h