Always take a good look at what you’re about to eat. It’s not so important to know what it is, but it’s critical to know what it was.When I was 16  my family moved from Southern California to Bishop, a small town 40 miles south of Mammoth Mountain. It was there that I first learned to ski and love the mountain life. Just after graduation met a cowboy and I traded in my city slick'n lifestyle for good. We traveled the western states with everything we owned in the back of an old 70's ford station wagon complete with the classic faux wood stripe. As short lived as my life in that world was, I learned a lot about ranch life, it was quite the education. Since then I never looked at a piece of beef, or a gallon of milk the same again. 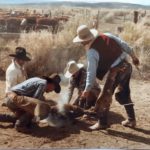 Ranch jobs were generally in the middle of nowhere and included housing, beef, fresh rocky mountain oysters, and sometimes fresh milk. The women stayed home, cared for the house, the cooking, the dogs, and the men. Sometimes we got paid $20 a day to work the ground crew during brandings. And if we were lucky, housing was close enough together for us "Women Folk" to visit over a pot of coffee and a game of Gin Rummy, after the chores were done of course. My particular Cowboy, or as he like to be called "Buckaroo", went through jobs (and wives) like scours through a calf, I got to sample a variety of ranches in a short amount of time. I wrote a blog on the ranch in Lida, Nevada alone, but that's another story.

One of the most valuable pieces of advice I was handed is one I use to this day. In 1980 we started a job on a JR Simplot feed lot in Mountain Home, Idaho. The housing was one of the better houses we lived in, except the fact that it was unfurnished. Remember I told you every thing we owned fit in the back of a station wagon. COW BOSS: In charge of the cattle operation on a ranch. They choose where the cowboys will ride and hire and fire cowboys. Answer to the general manager.After our first day on the ranch we were invited to dinner at the Cow Bosses house. He was a rugged old cowboy, like you might see on a painting of the old west. I was about 120 lbs soaking wet and had that city girl look, I felt small, out of place, and painfully shy. The Cow Boss's wife was in the kitchen cooking like a pro, I was in the living room trying not to say something stupid. After a bit he asked me, in his natural bellowing voice, "Do you know how to mike a cow?". Afraid of what he may say when he heard my answer, I very meekly said "no". He replied in a very authoritative tone "Well don't learn! Or you will be out there early every morning milking the cows.". 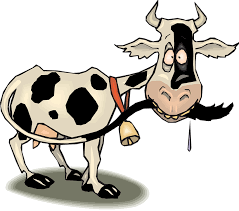 Milk the Cow Theory" was born.

I never learned how to mend fence either, spouting off my "Milk the Cow" theory as a reason not to help. "Nope, I don't want to learn to milk that cow". As a matter of fact, I can't even be fooled into mending fence. (You know who you are 🙂 )

Considering our population this is nuts! And our h

We had a thunder blizzard while camping. Oh boy.